Arab Female Entrepreneurs. When we talk about the Middle Eastern entrepreneurial arena, then women are never behind. They are changing the face of the Arab world. With the rise of business in Arab, women are also taking business responsibilities in their own hands. This is inspiring and empowering.

The fact of the matter is that they have to face many more difficulties and prejudices than men when entering this or any profession. Hence their success is that much more applaudable and inspirational.

Arab women are known to be hardworking and robust, and these women have proven this true. These women have given it all to achieve their success and manage their personal and professional lives flawlessly. Read on the article and get inspired by the voices of successful Muslim businesswomen in the Arab world.

How did we decide?

We looked at their success rates while serving in key positions and the impact they have had on the lives of the residents of Arabia and it’s economy to put together this list:

To get some motivation, have a look at 10 Most Successful Female Entrepreneurs of Pakistan.

Henadi is the chair of the board in Agility. Al-Saleh oversees the company’s corporate governance program while safeguarding the interests of investors and stakeholders. She also leads the company’s technology ventures team, which partners with start-ups and entrepreneurs reshaping the supply chain.

She has a vast experience in financial planning and leadership roles. Formerly she was the head of the debt capital market at the National Bank of Kuwait. Henadi sits on the board of the Gulf Warehousing Company in Qatar as well.

Al-Saleh earned a Bachelor of Economics from Tufts University. She has been placed as one of the most powerful businesswomen in the Middle East by Forbes Magazine.

At a personal level, Al-Saleh believes that strong, successful leaders need to be humble and dedicated to their core values. “For me to stay not just strong but also relevant, it’s important for me to stay humble and keep things down to core values and basics.”

Fatima Al Jaber is currently the Chief Operating Officer of UAE based Al Jaber group and Founder of Al Bashayer Investment Company. Very ambitious and hard working with a great vision, the most influential businesswoman in the Gulf Region. She also holds board positions with the Abu Dhabi Council for Economic Development and Arabian Gulf Institute (Washington).

Just as importantly, she was also the first Emirati woman to be elected to the board of directors of the Abu Dhabi Chamber of Commerce. She originally graduated with a Bachelor’s Degree in Architectural Engineering. She worked for the Abu Dhabi Municipality in several technical and managerial positions until the mid-2000s, specializing in the public works department. In 2009, she also had a brief period where she worked as a lecturer at the Al Hosn University in Abu Dhabi.

A firm advocate of women’s causes, she is actively involved in empowering Emirati women in the business arena. She has appeared as a keynote speaker at various conferences themed on women in business.

Head over to Female Politicians In The World to get to know more about women’s power in the global leadership team.

She has expertise in Customer Services, Product Development, Product Marketing, Customer Marketing, and Accounts. She has an in-depth knowledge of various functional units of accounts and processing. She is a successful challenging businesswoman in Bahrain.

Muna Al Hashemi was born in 1971 in Bahrain. She studied electrical engineering during her undergraduate degree from the University of Bahrain alongside a Masters’s degree in electronics and communication in 1994. She later joined Batelco as a trainee in the same year she graduated.

Mona Yousuf Almoayyed is the Managing Director of Y.K. Almoayyed & Sons, a company established by her father. She belongs to one of the successful business family. She stands at the top 10 business women that are changing the Middle East’s business fate in the world.

Mona was born in Manama, Bahrain, and went to a government school for education as there were no private schools around that time in the country. After completing secondary school, Mona’s father insisted that she finishes her education in England as there were no Universities back then in Bahrain. Here she made multiple friends of different nationalities and was exposed to a diverse type of people.

After graduation, she started taking an interest in the family business and learning from her father by watching him in action. Her turning point in life was when her father, Yousuf, passed away, and she had to handle the mantle of the Managing Director.

American educated Maha Al Ghunaim managed the largest firm in the Kuwait region, Global Investment House (GIH).  There are countless challenges that companies are facing currently in the area to restructure. She is a leading Arab businesswoman who chairs on the boards of various companies. She wants to create a vital bridge between sellers and buyers across the region.

Maha Al-Ghunaim graduated from the San Francisco State University in 1982. Earlier in her career, al-Ghunaum was the Assistant General Manager of the asset management in the Kuwait Investment Company. She co-founded GIH (Global Investment House) in 1998, and it became listed on the London Stock Exchange in 2008. By 2006, GIH managed some $7 billion in assets offering various funds and ventured into an investment with India, China, and Turkey.

According to Bloomberg, she was the global chairperson of GIH from March 2007 to September 2014, until the closure of the firm on 17 April 2017. In 2010, al-Ghunaim was named 94th in Forbes’ Power Women 100 list. She also heads the Kuwaiti chapter of Young Arab Leaders, a pan-Arab organization aiming to develop education and entrepreneurship in Kuwait.

She is Chair of the Executive Committee and the founder of Zulficar & Partners Law Firm. She is also a board member of the Central Bank of Egypt. She was selected as one of the 100 Global young leaders of the 21st Century by Time Magazine. She is an expert in International Law and Finance. She has served on the boards and legal teams of countless companies and helped them in their betterment.

She has been a practicing attorney for more than thirty-five years. She is a specialist in a major restructuring, project finance, and M&A transactions. International legal directories have consistently ranked her as the leading and eminent Egyptian lawyer in banking, finance. M & A. During the period 1980 to 2009, she was a Partner than a Senior Partner, and later, she chaired the Executive Committee of Shalakany Law Office, which is one of the leading law firms in Egypt.

She has also received many awards, including la Legion d’Honneur from the President of France in 2008 and the IFLR Lifetime Achievement Award in 2018. In 2019, she was listed by Forbes Middle East as among the 100 most influential businesswomen in the Middle East and the only Egyptian in the Top 25. 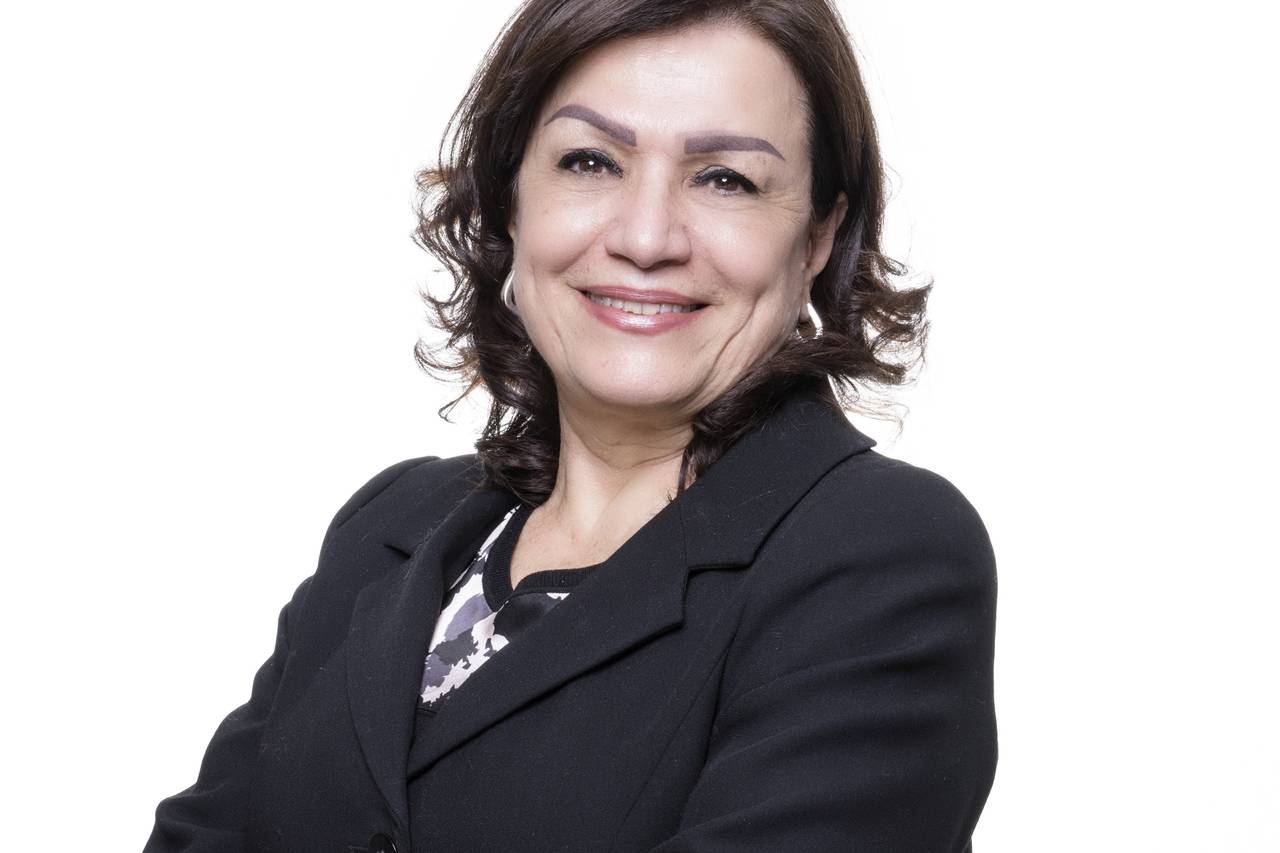 Sheikha Mayassa, Queen of Art World, belongs to the Royal family of Qatar. She is the sister of the current Emir of Qatar and the daughter of the founding father and then the first lady of Qatar.

She is the chairperson of Qatar Museums. She wants to bring international artists to Qatar to reconnect them with their traditions. She also founded the Doha Film Institute by supporting filmmakers to grow Qatar as a cultural hub.

She is also currently the chairperson of Reach Out to Asia (ROTA) to ensure that people affected by crisis across Asia can have access to education. She created this NGO right after her undergraduate.

Al-Mayassa was declared the most prominent person in ArtReview’s Power 100, and prominently appears on the Time 100, and Forbes’ The World’s 100 Most Powerful Women.

She studied  Political Science and Literature from Duke University during her bachelor’s degree.  She also spent an exchange year in France during her degree at Duke. Sheikha Al-Mayassa married Sheikh Jassim bin Abdul Aziz Al-Thani at Al-Wajbah Palace, Doha, on 6 January 2006. They are second cousins. Together they have four sons and one daughter.

She manages a diversified business with 26 companies and is Managing Director of the Easa Saleh Al Gurg Group and a Board Member of the Dubai Chamber of Commerce. Raja Easa Al Gurg ranked on the 3rd position among Forbes list of 100 most powerful Arab businesswomen.

Raja Al Gurg graduated from Kuwait University in 1977 with a degree in English Literature and served as headmistress of Zabeel Secondary School for Girls from 1978 to 1989. In 1989 Al Gurg joined the Board of Directors of the Easa Saleh Al Gurg Group. In September 2003, Al Gurg and Sheikha Lubna Al-Qasimi led a delegation of Dubai businesswomen to the US – Arab Economic Forum.

She is presently the President of the Dubai Business Women Council and is working tirelessly to help other women succeed in their business endeavors. She has proved herself as an influential figure in support of other Arab female entrepreneurs.

She also sits on the board of the International Bank of Qatar. She studied from top institutions of the United States and has expertise in finance projects. She has also served as chairwoman of the Al Watany Bank of Egypt.

Forbes ranked Al-Bahar as the 85th most powerful woman in the world in 2012, the same year Forbes Middle East listed her in the first place in their Top 100 Most Powerful Arab Business Women in Listed Companies. Al-Bahar was also ranked as the 8th most powerful Arab woman of 2012 by Arabian Business.

Lubna Al-Olayan is a Saudi businesswoman. She was serving as Chief Executive Officer of Olayan Financing Company till May 2019. Olayan was the first woman, in 2004, in Saudi history to deliver an opening keynote address at a major conference in Saudi Arabia; at the Jeddah Economic Forum in January.

She had also been named in the Top 100 Most Influential People List by Time magazine in 2005. She has been placed on the Forbes list of Most Powerful Women till 2011 and was listed again in 2014. She stands at the top of Forbes Middle East’s list of The Most Powerful Women in the Arab World.

In April 2007, she was chosen through election as a member of the Board of Trustees for Cornell University. Olayan also started serving on the Advisory Board of Effat College in April 2006. It is a private and non-profit girl’s college in Jeddah, Saudi Arabia. She holds multiple other critical positions in different educational institutions and is passionately working towards a better education for children around the world.

She has achieved many business awards and is an outstanding advocate of progressive business practices in Arabia.

Q. What is a female entrepreneur called?

A. Female entrepreneurs do not have a specific term that is used to describe them. They are just like men and equal to them and do not need a particular title. Women entrepreneurs are just as hardworking, if not more, and dedicated to their work. The one difference is that they also work to facilitate other women in becoming successful.

Q. Who is the youngest CEO of the world?

A. Suhas Gopinath is an Indian entrepreneur. He is the founder, CEO, and Chairman of Globals Inc., a multinational IT company. He took charge as CEO at the age of 17, three years after founding the company.

Q. What is the top city in the United States for a woman to start a business?

A. According to Business.org, the best city in the United States for a woman to start a business in is the Denver Metropolitan Area in the US state of Colorado.