Vaani Kapoor Pics. Vaani Kapoor, the hot hit of the Bollywood, the model-turned-actress, the one who’s got an edge for fashion and the one who is instantly gaining notice because of her looks, her charm, her attractive performance in the movies and simply the fact that she’s new in the industry, and anyone who’s new in the film business, automatically gets noticed and comes under the spotlight.

Here are some of Vaani Kapoor’s hottest pictures that you might not have seen before, that some paparazzi photographers captured and they ended up being viral on the internet. So have a look at some of her most photogenic moments that will remind you of all the reasons why you absolutely fancy Vaani Kapoor. So, go ahead.

Some of Cutest Pictures of Vaani Kapoor

Here’s a shot of Vaani modeling in Lakme Fashion Week in 2014. Yes, she started her career as a model and stunned many with her great looks.

In her first movie, she was seen as a supporting actress with Sushant Singh Rajput and the movie was titled ‘shudh desi romance’. She won most of the promising awards for this debut as everyone saw how promising she was. Here’s a picture of Vaani with Sushaant:

#27 – Vaani Kapoor Before and After Lip Surgery

Vaani has been in the news a lot because of her lip surgery which many fans were not happy with, what do you think of this change?

#26 – Vaani Kapoor with Her Father

Starting with some family photos, here’s a picture of Vaani having a good time with her father Shiv Kapoor.

Vaani will be seen in her latest movie “Befikre”, opposite the charming Ranveer Singh. Check out how cute they both look together:

Here’s a look at the hot kisses that have been breaking the internet:

Vaani Kapoor nice and dark makeup style is her most famous look to date and gets rather a lot of media and audience attention. Also, it must be a great idea for your own dark makeup look that will be absolutely flawless for a party.

If she can nail a fancy look, she surely does know how to nail a simplistic look as well. A look where she puts on her simplest shirt, keep her hairdo regular and puts on light makeup yet she still manages to look no ordinary like always. Do have a look at Bollywood Celebrities Workout Outfits-20 Top Actresses Gym Style

Vaani Kapoor puts on the look of a classy nude makeup style and wins hearts with her unique fashion appearances every time. Also, nude makeup styles are absolutely perfect for formal gatherings where you can put on enough makeup and will still come off as down to earth and sophisticated.

What she is even better at, are her fabulous desi styles where she manages to attain the simplicity and innocence of normal city girls with nothing but suitable makeup look, simplistic clothing, and minimal jewelry.

What many people don’t know about her is that she starred on SONY TV show specials @10 back in 2009 and played some brilliant performances.

One of her hottest haircuts ever with a short shoulder length cut with small blunt layers, giving her the look of an absolute modern day diva.

#19 – Vaani in an Off Shoulder Outfit

Vaani in a catchy off shoulder outfit that looks like it will be perfect for a nice beach day. Her hairdo also seems to be gaining our notice and it definitely is the perfect look for a casual party, with long and slender curls.

One of Vaani Kapoor’s most photogenic moments to date where she is on her promotions and events and the photographers manage to capture some of her best photogenic looks. RECOMMENDED: Alia Bhatt Outfits-32 Best Dressing Styles of Alia Bhatt

And all the times of when she dresses up to just be fancy and ends up dominating the looks of all other actresses. She is surely one of the actors who has got a knack for bringing out a dramatic and impactful look whenever they plan to pose. You should probably keep this makeup look of her in mind for fewer fancier parties. 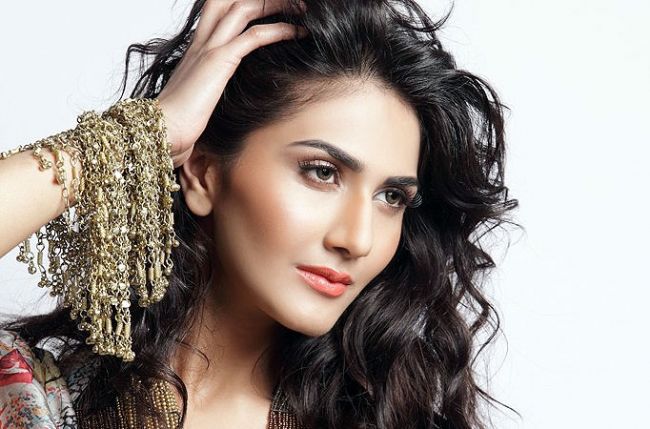 Vaani Kapoor’s catchy look of a city girl is winning hearts of her fans who see her as capable of adapting to any role possible and we can’t doubt that.

A cool classic and sassy red lip color for all your big parties and you will be sure to rule the night you walk in with this makeup look and such and intimidating of a lip color!

Now, we have another pretty actor in the list of who has got the best smile. Her smile is no ordinary as she puts on her dimpled smile that does a great job of syncing with her lip color and giving her a superior look. 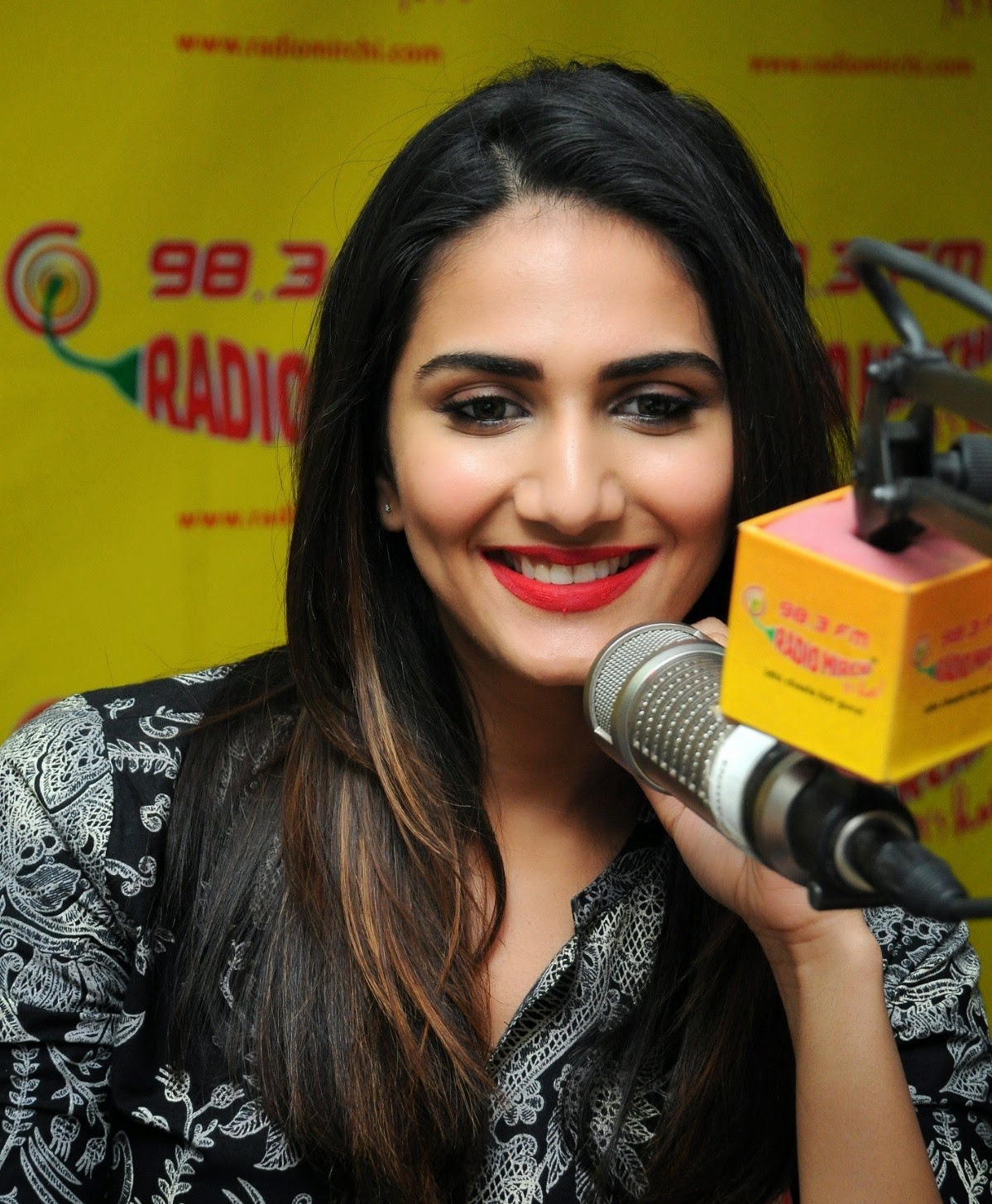 Finally, bringing the essence of drama into the practice and job of posing and this is exactly why actors are thought of in a certain way. Because they also pose better than anyone we know in real life.

Vaani Kapoor in an awesome cute printed shirt that gives her a much friendlier appearance than her other outfits might. You should get the idea of wearing printed tops when going for friends gatherings and house parties. RECOMMENDED: The Best and Cutest Bollywood Real Life Couples who Married 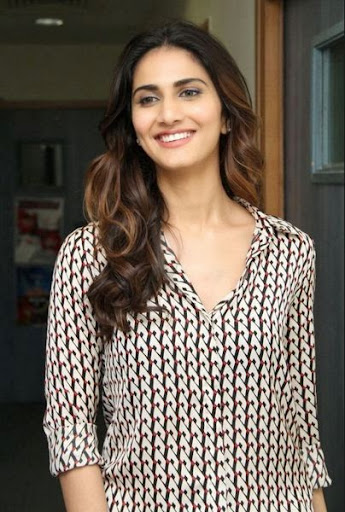 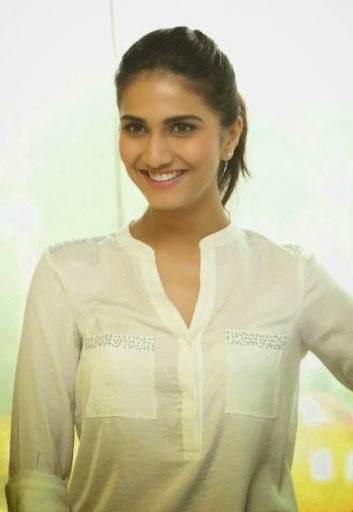 Vaani Kapoor’s bride look probably for a photo shoot or for her other shooting, but what we know is that she has been really able to pull this one off like a boss. With the right amount of jewelry, the right quantity of makeup and the perfect updo for the dress. Don’t miss out these 10 Most Expensive Bollywood Wedding Dresses of All The Time

Vaani being all sophisticated and superior in a formal looking chic dress, nice curls, and very light classic makeup. Plus, the matching of that maroon nail polish with the pale white dress is absolutely classic.

One of her nice captures from her Instagram pictures and we thought you might want to get a look at that too. Her Instagram is currently full of pretty selfies and her stories from traveling, shooting, outings and much more. Also, there are many captures of makeup, hairdos, and many nice tutorials. 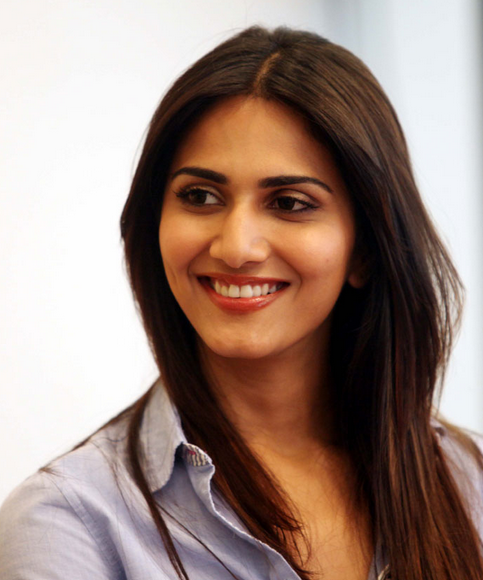 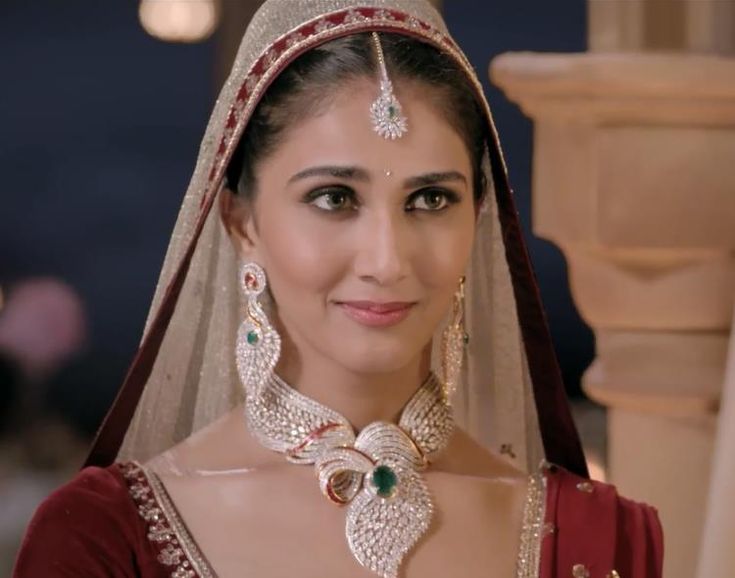