Top Korean Actors: The popularity of K-dramas and movies is immense.

Literally, K-dramas and movies are taking over the world..!

Owing to this fact, it’s no wonder that Korean actors are also trending worldwide, and if you are also a crazy Korean actor fan, this article is surely for you.

According to a recent survey on the Korean entertainment industry, in 2021, in the United States, around 5.2 percent of the respondents stated that Hyun Bin was their favorite South Korean actor. The second favorite actor among respondents from the United States was Gong Yoo with a response rate of around 2.7 percent.

Also, have a look at this list of the Most Beautiful & Talented Korean Actresses.

Well, we have created a well-researched as well as the latest list of the top Korean male actors. The factors that have been noticed while the creation of this ranking order are their looks, popularity, projects, fan following, and last but not least brand endorsement.

Let’s start our list with one of the rising Korean talented actors; Seo In-Guk. He is not only a handsome hunk but also a diverse performer. Thus, it’s no surprise that he is such a beloved k-drama actor internationally. From a positive type of innocent student role to n intense killer’s portrayal; he has nailed every acting assignment to date.

Seo In-Guk is also a talented singer and songwriter. He was the winner of Superstar K‘s first season. Tell us in the comment section is he your favorite k-drama actor too?

Yoo Seung-Ho is a Korean Star who came to the limelight significantly as a child star when his movie “The Way Home” hit the theatres back in 2002. Since then, his acting career flourished as he got many movies and shows after that specifically.

Currently, he is the youngest Korean sensation and his followers on Instagram and other social media platforms are rapidly increasing too.

18. Song Seung-Heon: Most Stylish Korean Actor of All Times

Song Seung-Heon is the most stylish and talented Korean Actor. The most compelling evidence of this actor being a fashion icon is all his awards. To demonstrate, he is the “Style Icon Asia Award” winner in 2016, which is considered very prestigious in the fashion industry.

He is one of those South Korean Actors whose acting skills are critically acclaimed.

2021 was surely the year of Kim Seon-Ho as he also won the “Gallup Korea’s Television Actor of the Year” award.

Before becoming the beloved TV and movie star, Park Hyung-Sik earned his name as a singer and dancer. Being a member of the South Korean boy group ZE:A, Park Hyung-Sik gained quite a fame.

This fame along with his good looks and skills altogether helped him in becoming a top-notch Korean actor.

Next, we have a Korean actor, host, model, and entertainer on our list, Lee Dong-Wook. “My Girl” which was a 2005 rom-com, was the start of his stardom. This show was a domestic as well as an international hit.

In short, Lee Dong-Wook can easily be considered as one of the most popular male Korean heroes.

Next, we have a South Korean singer, actor, host, and entertainer on our list. Yes, you have guessed it right..!

It’s none other than the devilishly handsome and successful Lee Seung-Gi. Since the start of his career, he gained huge success and applause from his fans. In 2021, Lee Seung Gi also became a CEO as he started his own production company, “Human Made”.

And, here comes the most adorable hunk of Korea..! Yes, it’s none other than Nam Joo-Hyuk. He is not only stealing the hearts of his audience with his innocent looks but also successfully running his career as an actor and model.

The first thing to remember about Choi Tae-Joon is that his career started as a child actor when he was cast in the drama “Piano” in 2001. Now, he is a successful K-dama and TV actor of this era.

Further, Choi Tae-Joon who was previously the most eligible South Korean bachelor, is now married to actress Park Shin-Hye. This adorable couple announced their marriage this year.

Cha Eun-woo is among the highest-grossing Korean actors. He is a multi-talented & aspiring actor, singer, and model which makes him a complete entertainment combo for the audience. As a singer, he is a part of the famous South Koren band, Astro.

Due to his popularity and fandom, he is the leading face of numerous fashion brands including Penshoppe, O’Neill, Burberry, Liberclassy, and Dior Beauty.

Obviously, the zombie blockbuster “Train To Busan” is such a Korean movie that is watched by almost every movie lover. And owing to this fact, we can safely call the male lead of this movie, Gong Yoo, a well-recognized Korean face worldwide.

In addition, Gong Yoo was nominated as an ambassador by UNICEF in 2013, and since that, he has played a constructive role in child rights awareness campaigns.

If you’re a K-drama fan then you must watch these Top 10 Korean TV Shows to Watch.

At the present time, Lee Joon-gi is one of the most adored and emerging Korean actors.

In a word, he is a full package as an actor, singer, dancer, and model. His astonishing work as an actor has set him as a top Hallyu star.

Henceforth, this young and talented Korean actor’s popularity is growing, not only in Asia but also in the Middle East and Europe as well.

There is no wonder that K-drama and Movies are literally taking over the world. In fact, people are crazy about K-Stars. Park Seo-Joon’s name is also on the list of those actors who are trending on all social media platforms.

By and large, has won the hearts of his fans with his innocent face and acting skills.

Although, K-drama and Movie Industry is full of fresh and emerging young talent that is also gaining worldwide fame mainly owing to Netflix. But some of them are immensely popular like Song Joong-Ki. He is the winner of the “Most Popular Korean Actor Award” in 2021 due to his trending shows.

His drama “Descendants of the Sun” with a rating of 41.6% gave him international fame, it made a smashing record of 2.5 billion views in Asia alone.

If you are a k-drama lover, you will be familiar with the name “Lee Jong-Suk” for sure. He is a well-known Korean TV actor with a massive fan base globally. He started his career as a runway model at the age of 16 in “Seoul Fashion Week”, which made him the youngest male model in the industry literally.

Lee Jong-Suk got 5th position in a survey held by Gallup Korea entitled, “Actors Who Lit Up 2013 “. Along with Kim Soo Hyun, Lee Min Ho, and Kim Woo Bin, he is commonly addressed as one of the big four Hallyu stars.

Ju Jin-Mo is currently ranking at the top of the Korean Male Actor’s list by IMDb. But this achievement was not a piece of cake for him. He has earned a name in the world of TV and the k-drama industry after a long hectic route of struggles. The first breakthrough that rose him to stardom was “Happy End” in 1999.

I would also recommend that you check out these Top 10 Korean Male Models of All Time That You Must Follow.

Kim Soo-Hyun is one of the highest-paid actors in South Korea which makes him the Richest Korean Celebrity too. He also had the privilege of being featured in the Forbes Korea Power Celebrity 40 list in 2012-2016 and 2021. His name was also a part of the Forbes 30 Under 30 Asia list in 2016.

Furthermore, he has been a part of several critically as well as audience acclaimed projects. That lead him towards many awards-winning moments too including 4 Baeksang Arts Awards, 2 Grand Bell Awards, and 1 Blue Dragon Film Award.

Now, let’s talk about the South Korean handsome and finest actor & singer, Ji Chang-Wook. And not to mention, this incredibly talented brightest star of Asia has a huge fan following around the globe. The portrayal of Dong-hae in the drama series “Smile Again” in 2010 was his first breakthrough. After that, Ji Chang-Wook became a leading South Korean actor.

He is the winner of the Best Actor Asia Artist Award in 2019 and the Most Popular Actor in 2014 as well.

Hyun Bin is one of the most attractive actors in South Korea. During his TV and Film career, he has won many awards, including the Grand Prize (Daesang) for TV at the 47th Baeksang Arts Awards. Hyun Bin enjoys being cast in totally different attires and he can perfectly switch from an adorable and protective hero to a spoiled villain in his shows.

Recently, he got married to Son Ye Jin, his co-star in “Crash Landing On You“. This has made both of them the fan-favorite couple notably.

Lee Min-Ho definitely is on the top of the list of Korean male actors. Apart from acting, he is also a successful producer as well as a creative director too. Almost 95 million social media followers on Instagram, Facebook, and Weibo, make him one of the most influential and popular TV and Movie stars in the Entertainment world.

Moreover, he has established a versatile acting career over 14 years of work. Talking about his fan base, he is presently endorsing leading fashion brands like Fendi and Hugo Boss.

A. Although, it’s really a tough call to name a single South Koren actor that is considered the No.1 actor as there are many factors on the basis of separate lists created every second for this purpose. Anyways, according to our research, Lee Min-Ho is presently the top actor in Korea.

Q. Who is the most handsome actor in Korea?

Q. Who is the most famous male in Korea?

A. Being the winner of the Popularity Award in Korea, Song Joong-Ki is the most famous male in Korea.

Q. Who are the most liked Korean actors?

A. The most liked Korean male actors are: 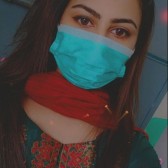 Shafaq Saeed is a passionate and multi-talented girl. She has a strong academic background. She has completed all her degrees with distinction and now pursuing her research degree in Education. She has won many writing competitions throughout  She is an artist by nature. She believes in a side-by-side growth of her own personality as well as managing time to write on her favorite niches like fashion, technology, movies, and much more.