Best Korean TV Shows 2022. The Korean Wave or Hallyu began in the 1990s, driven by Korean dramas and music, where the popularity of the Korean culture among the rest of the world slowly began to grow. The movement gained traction since the rise in the use of social media websites and platforms such as Youtube. A ridiculously influential phenomenon that had global-scale effects, the Korean or Hallyu wave began in the 21st century. It has heavily impacted the contemporary cultures, music industry, film industry, television industry, and behavioral aspects of various people throughout the world.

By 2007, a new term called ‘Hallyu 2.0’ began to crop up. It was a new wave in the popularity of Korean media due to the country’s advances in digital technologies and social media platforms. The Korean entertainment industry has also been criticized for its methods and links to corruption, as reported by Al Jazeera in February 2012. There have also been rampant allegations in the entertainment industry of mistreatment towards its musical artists. Despite that, the popularity of K-dramas and K-pop continues to grow. You may also want to have a look at 2020 Korean Men Fashion-20 Outfit Ideas Inspired By Korean Men if you love Korean fashion.

When it comes to k-dramas, it’s nigh impossible to pick a few favorites. The Korean drama industry is a super successful one, and new dramas are released every day, making the world swoon with their beautiful lead characters, soulful plots, and heart-warming romances.

Korean dramas are nothing but a tiresome yet entertaining bundle of cliches and tropes. They usually last for one season with an average of 16 episodes, and they’re crammed to the teeth with every possible eye-roll-worthy trope on the planet. Here’s a brief summary of what you can expect in a k-drama:

These are some of the most well-loved Korean dramas of all time that you should definitely check out. You can watch most of these dramas here.

How Did We Decide Top 10 Must-watch Korean TV Shows?

The following Korean dramas were chosen because they’re considered somewhat classic. They aired years ago but have still maintained their popularity. New generations of drama watchers are just as smitten as the old ones, proving the timelessness and great entertainment value of these shows.

Synopsis: An aspiring writer is tricked into leaving her house (named Full House) by her two best friends. They send her off on vacation and sell the house behind her back. She meets a famous actor during her trip. While the two initially don’t get along, fate conspires to bring them together.

Synopsis: It is based on the Japanese manga of the same name and follows Geum Jan-di, a dry-cleaner’s daughter who enrolls in a prestigious school. There, she encounters F4, a group of four high-born boys who rule over the entire school. She befriends them all and eventually falls in love with the leader of the group.

Synopsis: The historical drama is based on the novel of the same name. It is the love story of King Lee-hwon of the Joseon Dynasty and Wol, a shaman, set in the Korean palace. The two must survive the political machinations of the people around them while Wol also struggles with her identity.

Synopsis: The soulful romantic comedy deals with issues such as child abuse and disassociative personality disorder. A man who’s suffered through great tragedies in his life is helped by a beautiful psychiatrist.

Synopsis: An extraterrestrial who is stranded on Earth during the Joseon era falls in love with a girl. In present-day Seoul, a famous movie star, who happens to be a reincarnation of that girl, finds herself attracted to Do Min-joon, her reclusive neighbor hiding his true identity.

↓ 5 – Guardian: The Great and Lonely God

Synopsis: A military general from the Goryeo era is cursed into becoming an immortal Goblin. His curse can only be broken by the ‘Goblin bride.’ He falls in love with a high-school student in present-day Korea who seems to be the one to break his curse so he can finally die peacefully.

Synopsis: It is a fantasy romance drama that tells the story of a young woman that possesses super-strength. She struggles with the ability, which has been passed down to every woman of her family for generations and aspires to become a video-game creator. She gets a job at a successful game company and develops an attraction for the company’s young and handsome CEO.

Synopsis: The crown prince of the 19th century Joseon Kingdom falls in love with a street-smart girl posing as a eunuch in the palace. The coming-of-age romantic drama is based on the novel of the same name.

Synopsis: A soldier and a doctor fall in love. They struggle to survive, save lives and maintain their relationship in a fictional war-torn country.

Synopsis: It’s a beautiful coming-of-age story of five friends and their families who live in the same neighborhood. It’s the third show in the Reply series. 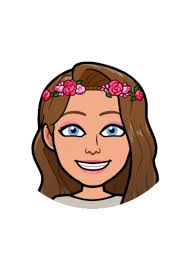