Prettiest Muslim Models. Muslim models are no less in beauty, glamour, and style, and neither is the Muslim fashion. If you want to know about some of the classiest Muslim models of the time than here is the list of some of the most stunning Muslim models from all over the globe – who have made their mark and have decided on their destiny to show what fashion means, what glamour means and apparently what being a model means.

Muslims have been looked down upon ever since the world recognized them as extremists for political reasons that hold no truth to them. This has hindered Muslims to exceed in any field anywhere in the world. This has slowed down their growth in terms of development.

Who are the Most Famous Female Muslim Models

We’ve already talked in our last post about the Prettiest Arabian Female Models in the World, but what about the beautiful Muslim models from other countries? That’s what we’ll be talking about today. Fortunately for these Muslim women, since times are changing and the world has become more accepting of people practicing different faiths. It is definitely a good time to practice what you want and still be recognized for your efforts without racism, sexism, and fascism getting in the way.

Muslims are known for their modesty and followers of a rather strict religion that has put limited the show-off anything from wealth to beauty. For Muslim women to be excelling in this industry comes as a great shock because it opposes the way the world sees Muslim women. Contrary to extremist views; however, Islam gives women a lot of liberty, and if there is a religion that provides women with the right to have “freedom,” it is Islam.

Being a woman alone can lower a female’s chances to excel in any field anywhere in the world because they are not seen as equals in the male-dominated world. Being a Muslim woman in an industry such as the fashion industry adds a whole new dimension to the problems faced by them. The fashion industry that requires people working in it to sometimes push their boundaries and give up their own views about things to embrace the high-fashion culture. With the rise of social media, more and more people are getting on the bandwagon because of how easy it has become for people to get recognized. With a subsequent increase in the number of people wanting to join the industry, it is getting increasingly harder for modeling agencies to hire the right people. Muslim women, regardless of this, have worked and made it to the top. The beautiful contrast of Muslim women in the modeling industry has attracted the attention of people all over the world. It has allowed these women to receive the recognition that they are very deserving of. Marginalized communities are finally being recognized, and we are all here for it! Keep reading to find out who made it to this list!

How did we Choose

Social media gives an unbiased representation of a celebrity’s popularity, which is why we did not have a choice but to consider the likes and dislikes on their pictures seriously. The greater their reputation is online, the higher they are on a modeling agency’s radar to be hired to work for them. Brands want recognition. Obtaining recognition through already recognized people is the future of the fashion industry. The Muslim female models in our list have been listed here in the ascending order from the least to the most popular all over the world in 2020.

After hours of research on the internet, we came up with this list of women who have dominated the fashion world with their amazing sense of style. The criteria for the selection of these women is based on their social media presence and the following they have on there. The selection is also based on the frequency with which these women grace the runways. Though the major deciding factor of their popularity is their popularity on social media, other factors such as their presence on news tabloids and the number of awards they have won over time also played a massive role in helping us decide who deserved a place on this list. The list includes:

Enver comes to form a Turkish and British descent who is best known for her work in the dramatic genre. She is too pretty for words to describe her beauty with a perfect blend of eastern and western genes. Her smile is infectious and anyone who lays their eyes on her once will not be able to look away from her without a second glance. She is adored by her viewers which is why she has a very strong following on her social media accounts. You can check her Instagram out here

Also, have a look at Disney princesses in hijab.

A resident of Istanbul, Turkey – Güner is a dynamic Turkish actress and a model – considered to be one of the best in the Turkish fashion industry and is incomparably talented. She has beautiful brown hair that perfectly compliments her baby blue eyes. She has hit the runways and made a name for herself in the fashion world. She undoubtedly deserves a spot on this list. You can check her out on Instagram to keep yourself updated.

Beren Saat is a Turkish actress. Since the beginning of her career, she has received critical acclaim and numerous accolades for her acting style. She was born and raised in Ankara. During her studies, she participated in the acting competition and was discovered by Turkish director Tomris Giritlioğlu. After that, she started a professional acting career. Saat has an undeniable bossy, gorgeous outlook, and that never seems to go away. One of the Turkish legends, she is. Despite some hard roles she is offered on TV, she always manages to look composed and stunning. Beren Saat is one of the most highly paid actresses of Turkey. Since the start of her career, she has participated in a number of movies as a leading role and also as a voice actor. She was named the actress of the year in the year 2010. Unfortunately, guys, she is married to a handsome looking singer since 2014. Find her on Instagram here

Known for her magical acting wonders, and is also considered the ultimate heart and soul of the Turkish population. She was a student of fine arts in high school. She reached semifinals of a beauty contest held in turkey and secured the third position in it. She is an extremely talented female actress who is known for her beauty. Her first-ever film was Vaccine and the last lesson: Love and Universities. She gained her major success and fame from the movie called I Love You and Winter Tale. She is often seen hitting the runways and has made it to the cover page of famous magazines all over the world. She is beautiful and has the talent to prove her worthiness. She deserves all the recognition that she has gotten over time and deserves a spot on this list. You can find her on Instagram here.

Recognized for her unusually noteworthy fashion trends and is currently booming the Turkish cinema with her vibrant acting and modeling skills. She is one of the most talented actresses who started acting when she was only five years old. At that tender age, she won a child beauty contest. She played a well-renowned role of Ersa in the film Cilgin Deeside. In the year 2010, she gained her success and fame through the TV series called Kavak Yelleri, and she played the role of Leyla in that tv series. She unlocked the key to progress, all the while being her elegant self. This blonde beauty is worthy of being on this list of the top Muslim female models. Her Instagram account is as fascinating as she is. Check it out here.

Classy and beatific Syrian Muslim model and actress – known for her endless beauty. She is one of the most beautiful actresses of the Arab nation. She was born in Kuwait on 18 January 1984. By profession, she is an actress and belongs to Syria. You can find her on Instagram here.

Stunning Syrian model and actress known for her top-notch fashion tips and trends. The reason viewers so adore her is because of her stunning outlook and latest fashion trends. She was married to another actress Taim Hassan, but unfortunately, rumors have it that they got divorced, and due to an unfortunate tragedy, their epic love story was ended. Their marriage lasted for ten incredible and romance filled years, but sadly, in the end, both chose their own ways. Everyone from around the world was shocked as their couple was considered as the most perfect couple in the showbiz family. You can check out her Instagram here.

Tafish – is undoubtedly the heart and soul of the gigantic Syrian fashion industry and the cinematic strength. She was born in Aleppo, Syria on 15, February 1982. By profession, she is an actress, but she has a lot of interest in politics. She used to give statements for the support of Syrians and everything happening in Syria. Still, with the growing bloodshed and killings in Syria, she has now started to refrain herself from giving further statements in this kind of sensitive topic. She runs for Facebook fan page, and she interacts with all of her fans on Facebook, and she keeps them updated about her upcoming career developments. Her Instagram account is so heartwarming, and You can check it out here.

Foakrje is mainly known for keeping Syrian culture alive and being the face of Syrian fashion. You can check her Instagram account here.

A gorgeous diva-like model and also an enormously talented TV presenter of news.

Nadine Aghnatios is a sexy television host in Lebanon. The Lebanese beauty is known best for her amazing face and beautiful hazel cat-like eyes. She works mostly with Rotana Television and has been part of the Akher El Akhbarentertainment news program.

The Arabic communities have allowed more female representation on television, and Aghnatios has been one of the beautiful women that have taken advantage of the opportunity. And with strong ratings, she won’t be going anywhere anytime soon. The public loves this Lebanese treasure, and so do we. You can find her on Instagram here.

Rizk – known for keeping the fashion industry alive and full of capable and unique models. Always will she be remembered as one of the best Muslim models around the globe – to date. 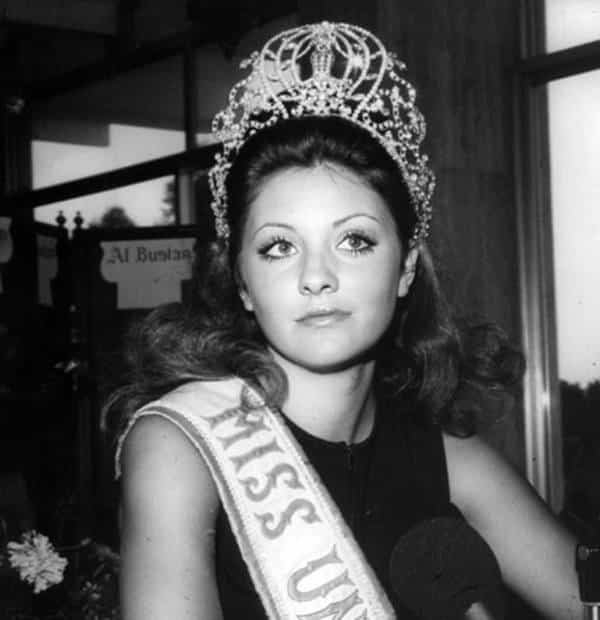 One of the models who manage to maintain their calm and composed outlook despite the stress of a modeling profession. Surely to be remembered as a Lebanon model of perfection. You can find her on Instagram here.

Who knew Lebanese would produce the gorgeous models -overruling the west? Chibany is the new swag and glamour of Lebanon fashion. Find her on Instagram here.

Not only a chic model but also pursues a career in TV reporting and presenting. One of the coolest Muslim models to date. Check out her Instagram account here.

The cool new identity of Dolce & Gabbana – and encouraging the Western fashion authorities to welcome more Muslim models into the industry, and that’s all due to her surmounting hard work and natural glamour. Check out her Instagram account here.

This is all for the list of the most pretty and talented Muslim ladies in the world. Every single of these women deserves a spot on this list because of the hard work they put into their practice to get where they are right now.

A millennial girl who can't decide whether to buy more chocolates or more makeup. Being obsessed with fashion, I love to write about mainstream brands and the latest fashion trends followed globally.