Top Indian Male Models 2019. Good looks run in a family but to maintain those looks, one surely has to work like a maniac. Models, being a public figure always have to look fresh and fit. From their eating habits to waking up early in the morning and running on a treadmill, they have to struggle hard in order to maintain themselves.

Male modeling is carving a bigger and bigger spot in the modeling industry and becoming an icon in their own right. The workouts, the muscular body, the six pack abs would definitely won’t be easy to maintain but with a dedication and passion, these guys become a heartthrob for many ladies. The modeling industry is now embracing men who are not only tall, dark and handsome but also who those who are highly talented. There are a number of male models who have been successful in this career by their hard work and devotion. Men with their great looks and the ability to carry any outfit with the utmost grace on the ramps have become style icons for us all.

Here is the list of some Indian most handsome male models who have enhanced the value of men apparels and accessories by modeling with their decent looks and perfect body.

A former footballer and Mister Supranational!

One look at his Instagram profile, his body, and abs will definitely win your heart! 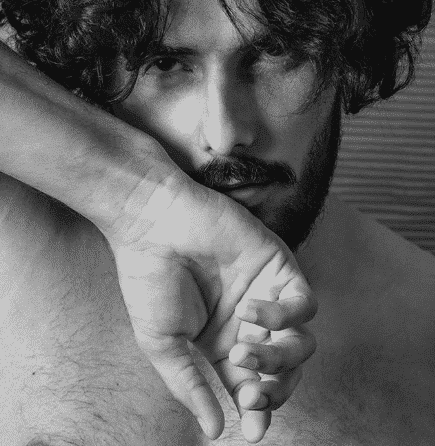 Rohit Khandelwal is one of the topmost Indian male models with 738K Instagram followers. In 2015 he won the award for Mr. India which then took him to the next level of success when he was crowned as a first Asian to achieve the award for Mr. World in 2016 contest. Rohit was honored to walk the ramp as a showstopper at LFW, which was his dream that came true. With his modeling skills, he was then offered a television show that was another step of his success. Rohit Khandelwal’s suave personality, dashing looks, and raw sex appeal made him India’s top model of 2019. His next agenda is to venture into films as an actor, director and producer.

Intelligence and good looks come in a rear package but Manu Bora is blessed with both. He is not only an orthopedic surgeon but also a freaking hot model. In a magazine interview, he said ‘Being humble and affectionate is my style but when it comes to fashion, it’s classic.’  Manu Bora has been a part of many modeling campaigns like Lecoanet Hemant, Mr. bowerbird, Ayurveda and Sabyasachi. He got an Excellence award in fashion modeling. With his dapper looks. The multitalented Manu Bora has reached 160k Instagram followers. 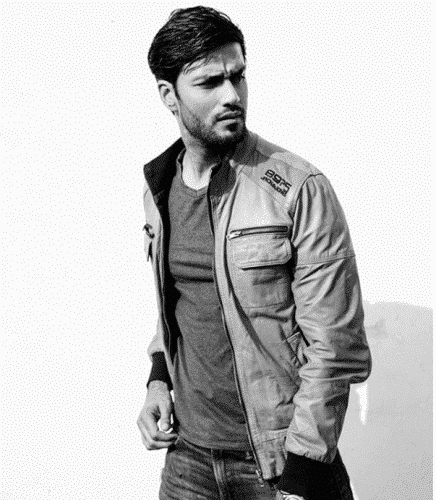 Style doesn’t need any statement and Abhimanyu doesn’t need any introduction. Abhimanyu with 124k followers is one of the top Indian male models. He is a profound model and with his intense looks and perfectly shaped physique he has been drooled by many girls. This hunk is not only a model but also a very talented actor who has stolen many hearts with his ever stunning hot looks.

Prateek Jain is a model to watch out for! Prateek has been slaying by his smoldering looks, six-pack abs, and long dashing beard. He has achieved a high level of popularity by winning Mr. World India in 2014. He was one of the best in the pageant that was held in China. He was the first Indian male who gained stardom by winning Asian supermodel title in 2015. He has been modeling with some of the well known and worthy fashion campaigns. His athletic body looks have made many girls swoon over him. He was also awarded the title of MensXP Mr. Iron man. His hot looks can surely make your hearts skip a beat. Instagram followers reached up to 40.1k. Here are 25 Indian Celebrity Snapchat Accounts to follow.

Nitin is the freelance Indian model who has stolen many hearts by his good looks. The long beard is a mark of manhood and one of the most appealing thing about Nitin is his beard. He has been modeling for the most re-known brands like Raymond, The V Renaissance and Titan. The Hair braids and hair bun gives him a macho look. He has also done the modeling for the Lakme fashion week. Hence the killer looks of Nitin are the reason for his 38.9 k followers on Instagram.

Gazi is a dashing Indian model from Kashmir who is the face in demand for the most luxurious Indian brands. His signature beard, lean and muscular physique always set the ramp on fire. He has been a show stopper for almost all the top fashion designers. He grabbed the popularity in a very short span and became a spotlight after Raymond advert. He is one of the hottest Indian models with 26.1k Instagram followers. Here are 20 Most Beautiful Indian Politicians of All Time.

Mudit Malhotra started his modeling career in his early college days as a hobby which then became his passion and priority. After that, he joined Rubaru which gave a new dimension to his career. He was fortunate enough to win the Rubaru Mister International India title in 2016 which was an enriching experience of his life. He is a fitness freak and maintains his body in every possible manner. For him, fitness is not just about good physique and chiseled body, its about good physical and mental well being. With the hard work, determination, and sacrifice he has been listed as one of the top Indian models who has made his country proud. Instagram followers 22.4K

Prabh Uppal was one of the struggling Indian models who was a young, glamour struck lad from Ludhiana. First few years were quite tough for him to be known as a top Indian model but with his dapper looks, chiseled features and superb body gave him an edge over the competition and taking him all the way to fame.  Prabh Upal has done modeling for Tarun Tahiliani couture, Anita Dongre, Sabyasachi and Manyavar who are the well known Indian fashion designers. He strives to work hard with motivation, passion, and dedication. His Instagram followers reach up to 21.2K. Don’t miss out these Top 20 Indian Clothing Brands 2019.

Himanshu Bhatti is one of the most talented and hot looking Indian models who has made his place in the modeling industry in a very short span. He has worked with a range of high-end fashion labels. The very famous Vogue magazine did a shoot for its cover with him. His Instagram followers are 1793. He is in high demand amongst young male models because of his charming personality.

Long hair, don’t care. That’s the message behind today’s jaw-dropping male models.  Mohit Nandal slays with his long hairs, dashing personality and dominating attitude. He has done the ramp walk for the top Indian designers and has been shooting for some magazines covers as well. He is becoming very famous because of his flawless performance and powerful looks. This hardworking hottie is certainly the one to keep an eye on. His Instagram followers hit 860.

Born on the 24th May of 1982, Ankur is an Indian model and actor. Growing up in Bhopal, India and resides in New York and Mumbai right now. His acting debut was made in 2010 in Payal Sethi’s Grant St. Shaving Co which by the producer Mira Nair. He also won the Best Actor Commendation Award at the NYU Tisch School of the Arts Film Festival for Coconut Grove in 2012. And in 2013, Ankur played a negative role in a Bollywood/Tollywood film Zanjeer (2013 film)/Toofan, the remake of Zanjeer. He appeared in Apoorva Lakhia’s Haseena, starring Shraddha Kapoor, which was released in the theatres on 18 August 2017.

Born as Nafeez Kizar, Arav is an Indian model and actor, who has worked in the industry of Tamil Films. After getting his acting debut from the Vijay Antony-starrer Saithan in 2016. By winning the first season of the Tamil reality television show Bigg Boss, which was hosted by Kamal Haasan, Arav rose to fame then.

Being an Indian Supermodel and actor. In Gladrags Manhunt and Megamodel Contest in 2006, Gaurav Arora was the second runner up. He has been seen in many television commercials of reputed brands and print-shoots. He has also been a part of the significant fashion shows and walked the ramp for some of India’s top-notch designers. With Vishesh Films and Vikram Bhatt’s Hindi film Love Games in 2016 alongside Tara Alisha Berry and Patralekha, Arora had his film debut then. By naming Sameer Saxena, he has also played the male lead. This had been followed by another fulcrum role of Rehaan Khanna in Vishesh Films Raaz: Reboot in 2016, also by the direction of Vikram Bhatt.

Arora was born 3rd September in 1987, is an Indian model and television actor. He is very well known for playing the main roles of Zain Abdullah in the romantic family drama, which is named Beintehaa, SuperCop Jai in the supernatural romance series SuperCops vs Supervillains and Adarsh Sinha in Dahleez . He was also a contestant on Fear Factor: Khatron Ke Khiladi 6 in 2015, and was seen as Angad in the television series Mayavi Maling

Being an Indian model, Prateek is also an actor, an automobile engineer and a beauty pageant titleholder. In the Indian state of Rajasthan, he hails from the city of Bikaner. On 15th September 1991, Baid was born in Bikaner. He was gone to Central Academy Bikaner School. With a degree in Mechanical engineering, Prateek graduated from Manda Institute of technology College Bikaner. Mumbai organized by Phoenix Market City Mumbai, he has also won the Glam Icon 2015 held on 22th November, 2015 at Kurla. His television debut was created with Maharakshak: Devi, which was aired on Zee TV. Contest where it held on the April of 24th in 2016 at Anya Hotel in Gurugram, Baid won the Rubaru Mr. India 2016 and by winning the Best Model award and placing as the Top 15 semi-finalist, he also represented India at Mister Global 2016, where it was held at Central Plaza in Chiang Mai, Thailand.

Born in the February of 6th, 1983. Angad Singh Bedi is an Indian model and film actor known for his involvement in the televison and Bollywood. In 2011, with the film F.A.L.T.U, he had his Hindi film debut and with Kaya Taran, he had his television debut. Angad has been featured in a cooking show naming “Cook Na Kaho” on the Star One. He has also hosted the very first season of the reality television show “Emotional Atyachar” on the UTV Bindass. Being known for his work, later on, he was a contestant in Season 3 of Colors’ show Fear Factor: Khatron Ke Khiladi. He is also the part of the movie, called Soorma. Angad will always be known best for his sun shining performances in films such as Ungli (2014), and PINK (2016).

Being an Indian model and actor, Puneet Beniwal was born on 14th of February in 1989. At Mr. India 2014, he was the 1st Runner up. He belongs to a Jat family. Puneet was born in New Delhi. Completed his schooling from S.G.N, New Delhi. From Sri Guru Gobind Singh College of Commerce, Delhi University, Puneet is holding a degree in Bachelor of Commerce and the completion of MBA from Guru Gobind Singh Indraprastha University. He has worked the runway for top-notch designers like Kenneth Cole, Rohit Bal, Manish Malhotra, Rohit Gandhi + Rahul Khanna, Varun Bhal, Raghavendra Rathore, Sabyasachi and many more.