Muslim actors with Hindu wives: Being a ‘Hindu’ or a ‘Muslim’ has no bearing on the performing arts. The tradition of Pundits and Ustaads performing together has always existed. People fall in love with people they meet frequently and can relate to.

Perhaps there were, and still are greater social taboos against a Hindu-Muslim civil union, but those taboos don’t matter among Mumbai’s top crust. True love has no boundaries.

In India, people of many different religions live and work together. They come close to each other while living together in society. Marriages across different castes account for roughly 10% of all marriages in India, whereas inter-religious marriages account for only 2.1 percent. Many examples of inter-religious marriage are seen in India’s major film industry, Bollywood. We also talked in our last post about cutest on-screen Bollywood couples but today it’s all about the real life.

We are sharing the list of Bollywood Muslims Actors wedded with Hindu women.

In Bollywood, Naseeruddin Shah and Ratna Pathak are a powerful actor couple. Both talented and dedicated, the couple are among the many Muslim Bollywood actors with Hindu wives in the Indian film industry. In 1975, Naseeruddin and Ratna met at a theatre where they both worked. In no time, the two began dating, and after seven years of dating, they married in 1982. But, as smooth as it may appear, the union was not without its difficulties. When Naseeruddin Shah met Ratna, he was married. Naseeruddin and Parveen ( first wife) were not formally divorced, even though they were separated. As Naseeruddin’s divorce proceedings dragged on, the pair chose to live together.

Saif Ali Khan (“chotay Nawab”) and Amrita Singh were Bollywood’s most popular couples. Saif Ali Khan is one of the most well-known Muslim Bollywood actors with Hindu wives. The superstar married Amrita Singh, a nearly 12-year-old actress. After meeting at a party, the two became friends and fell in love. He married Amrita when he was 21 years old, and she was 31 years old. Their marriage, however, did not endure long, and the pair split in 2004 after 13 years of marriage.

Chotay Nawab made his second marriage with Bollywood sensation Kareena Kapoor. When they co-starred in the film Tashan in 2008, Saif and Kareena fell in love. Kareena and Saif were dating at the time and decided to marry. Kareena Kapoor and Saif Ali Khan married in 2012 and have been happily married ever since. The couple is famous as Safeena in B-town. If like me, you too are a fan of Kareena’s then you need to check out these most beautiful outfits of Kareena.

King Khan, Shah Rukh Khan, is the king of Bollywood, but he is also the king of romance. The relationship between Shah Rukh Khan and Gauri Chibber is perhaps one of Bollywood’s most talked-about. The duo has been married for more than 25 years and is still inseparable. They dated for years before committing to each other for the rest of their lives. Shah Rukh has stated that persuading Gauri’s parents to approve of their marriage took a lot of effort on his behalf because religion was a major barrier. When they married, though, SRK made it to the list of Muslim Bollywood actors with Hindu wives.

Mr.Perfectionist, Aamir Khan, is more than just “Mr. Perfectionist” in Bollywood. In a 30-year career, the actor has gone from romantic hero to jack of all crafts, yet he is still Bollywood’s reigning superstar. For 16 years, Amir Khan has been married to Reena Dutta. The romance between Aamir Khan and Reena Dutta began in a cinematic style. Both were neighbors who would look at each other through their windows for hours. Aamir Khan and Reena Dutta divorced in 2002 after a 16-year marriage.

After divorcing his first wife, Reena Dutta, Aamir Khan married Kiran Rao in 2005. On the sets of Lagaan, Aamir and Kiran met for the first time. Soon after, they became friends, and Aamir turned to Kiran for solace after his divorce from Reena. Aamir Khan and producer-director Kiran Rao married in 2005 and announced their separation in 2021 after a 15-year marriage.

Irrfan Khan, a brilliant Bollywood actor, died at 53 following a two-year fight with a rare neuroendocrine tumor. Irrfan Khan married to Sutapa Sikdar, a Hindu woman. His love affair and marriage to Sutapa are fascinating tales for people of all ages. They met as classmates at the National School of Drama and fell in love throughout their time there. Despite the fact that the duo did not publicly display their love, they shared a strong bond and have been happily married for 25 years.

Actor Nawazuddin Siddiqui is one of Bollywood’s most talented actors, known for his raw and genuine acting talent. Nawaz and Anjali were in love and had a long-term live-in relationship. However, because of their difficult relationship, the two parted ways. Nawaz then married a girl chosen by his mother, but the union was short-lived and ended in disaster. He reconnected with Anjali and decided to marry her. However, because Anjali was a Hindu, she changed her name during their nikah. She chose the name Zainab at first but then changed it to Aaliyah.

Arbaaz Khan, Bollywood actor-turned-director, and Malaika Arora are some of the most popular Hindu Muslim couples in the industry, but they separated after 17 years of marriage. In 1998, Malaika Arora and Arbaaz Khan married in a Christian and Muslim ceremony. Arbaaz Khan and Malaika Arora originally met while shooting a commercial for a coffee company. Although their marriage ended in divorce, they had always been the center of attention in B – town.

Sohail Khan is the younger brother of Salman Khan and Arbaaz Khan and the son of legendary screenwriter Saleem Khan. Even though she came from a Hindu family, Sohail married his longtime love, Seema Sachdev, in 1998. During the movie filming, he had met her for the first time. Later on, they chose to exchange the vowes. Ignoring Seema’s family’s rejection, they married in secret. However, following their marriage, both families acknowledged their relationship.

Imran Khan is an Indian-origin American actor who has appeared in Hindi films. He is the nephew of famous Bollywood star Aamir Khan. Imran Khan is the husband of Avantika, a Hindu girl. They’ve known each other for almost a decade and married in 2011. However, when the couple divorced in 2019, things took a turn for the worst. Imran Khan and Avantika Malik met at a wedding recently. They were courteous and had a pleasant attitude about them. Is there a possibility of a reunion?

The marriage of Fardeen Khan and Natasha Madhvani was another example of interreligious romantic stories of love that evolved in B town. Fardeen Khan is the son of actor, director, and film producer Feroz Khan. Fardeen Khan married Natasha Madhvani, his childhood sweetheart, in a lavish ceremony in 2005. Fardeen did not let his religion hinder the process of his wedding. Fardeen proposed to Natasha after being floored by his childhood comrade. For his lady love, the stunning proposal was a memorable moment. He truly married her after saying those three magical words. Here are some real-life Bollywood couples who we’ve all loved.

Zayed Abbas Khan is the son of Bollywood actor Sanjay Khan and interior designer Zarine Khan and is known as Zayed Khan. Zayed, like any other youngster, had a crush on Malaika. After years of dating in school and receiving all of the necessary backing and blessings from their families, the pair married in 2005, defying all barriers that an interreligious marriage confronts.

Farooq Sheikh was perhaps one of the best actors who graced the screen of Indian cinema and arts, whether on stage, in films, or even on television. He was married to Rupa Jain, who was a classmate of actress Shabana Azmi.

During film production, Farhan Akhtar and Adhuna Bhabani fell in love. They dated for three years and married even though they had different religious backgrounds. In 2016, the pair eventually divorced.

Riyaz Khan is one of cinema’s most well-known villains. He married Uma Riyaz, who is the daughter of a Tamil music director Kamesh and actress Kamala Kamesh. Uma had been a friend of his sister’s. Because both of their families were against their relationship, they fled and married in 1992.

Apart from the glamour industry demanding celebrity and public acceptability, it is also the most liberal and secular. If they want to build a career in the glamour industry, Hindus, Muslims, Parsis, Sikhs, and Sindhis must limit their faith to domestic activities. As a result, Hindu females marrying Muslims or outsiders is not uncommon.

Q. Why does Bollywood appear to be pro-Muslim?

Religion has nothing to do with it; it is all about dedication. You can achieve anything you want if you work hard enough. Finally, not all Bollywood celebrities are Muslims. In Bollywood, there is no such thing as religion or caste.

Q. Which Muslim actor in Bollywood has most fan following in India?

Bollywood superstar Shah Rukh Khan is undoubtedly the celebrity with the largest fan base in India. He is one of the few global celebrities with a large fan base.

Bollywood superstar Shah Rukh Khan is undoubtedly the celebrity with the largest fan base in India. He is one of the few global celebrities with a large fan base. 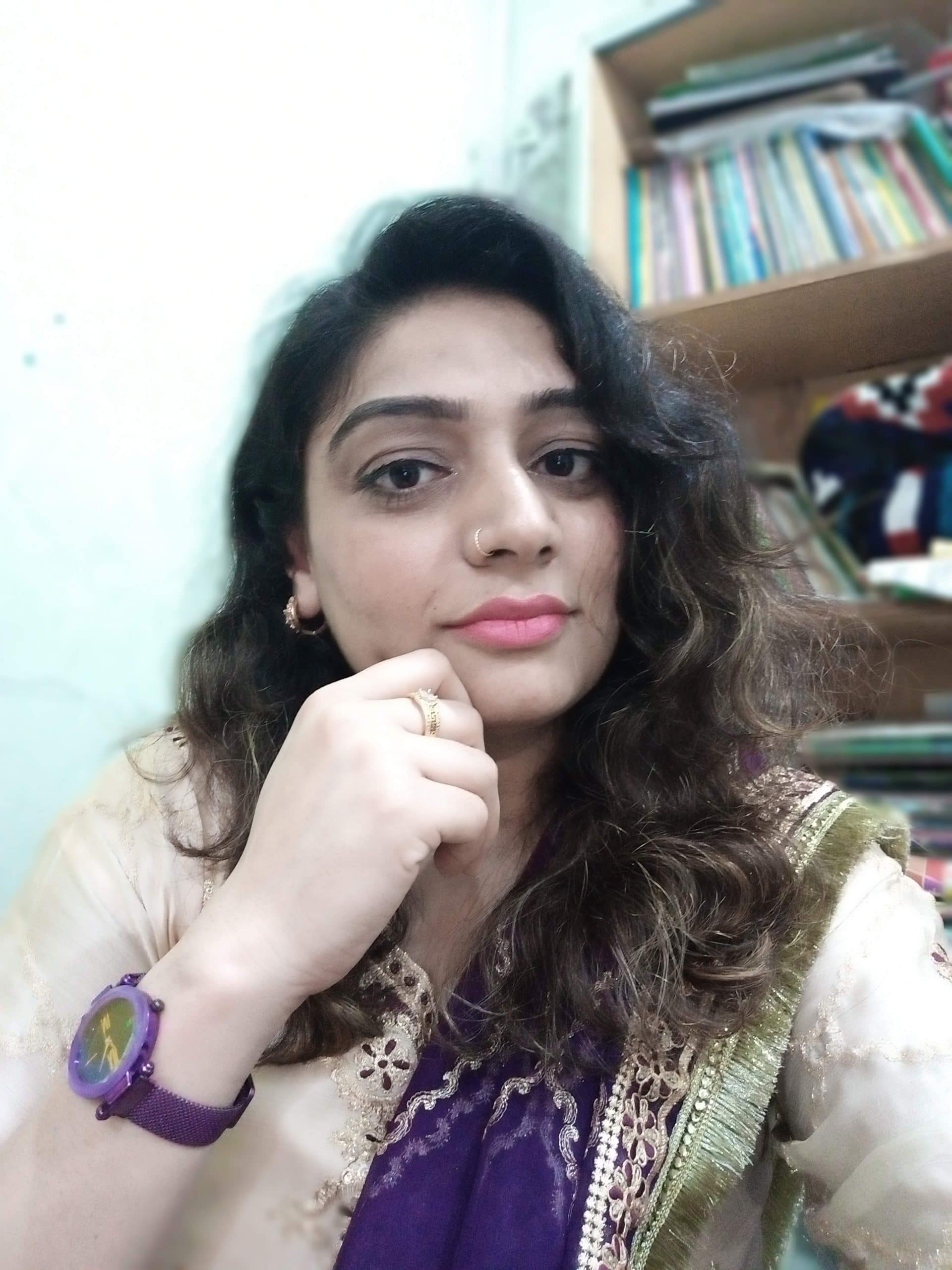 Writing does not appeal to the majority of individuals. Content writing is both a hobby and a profession for me. For the past two years, I've been chasing. My work has lately got me a job with Branded Girls. I suppose you could say I'm living the dream.