Best of Gucci Spring/Summer Collection for Men. If you really go into the depths of Gucci’s Summer Fashion Campaign for Men, than you would notice that it is full of unique fashion ideas and eccentric clothing trends never known in the market before. Gucci releases its amazing, creative fashion campaign every year and you will realize that clothing is getting only awesome with time. Have a look at these stunning Gucci campaign elements and enjoy! 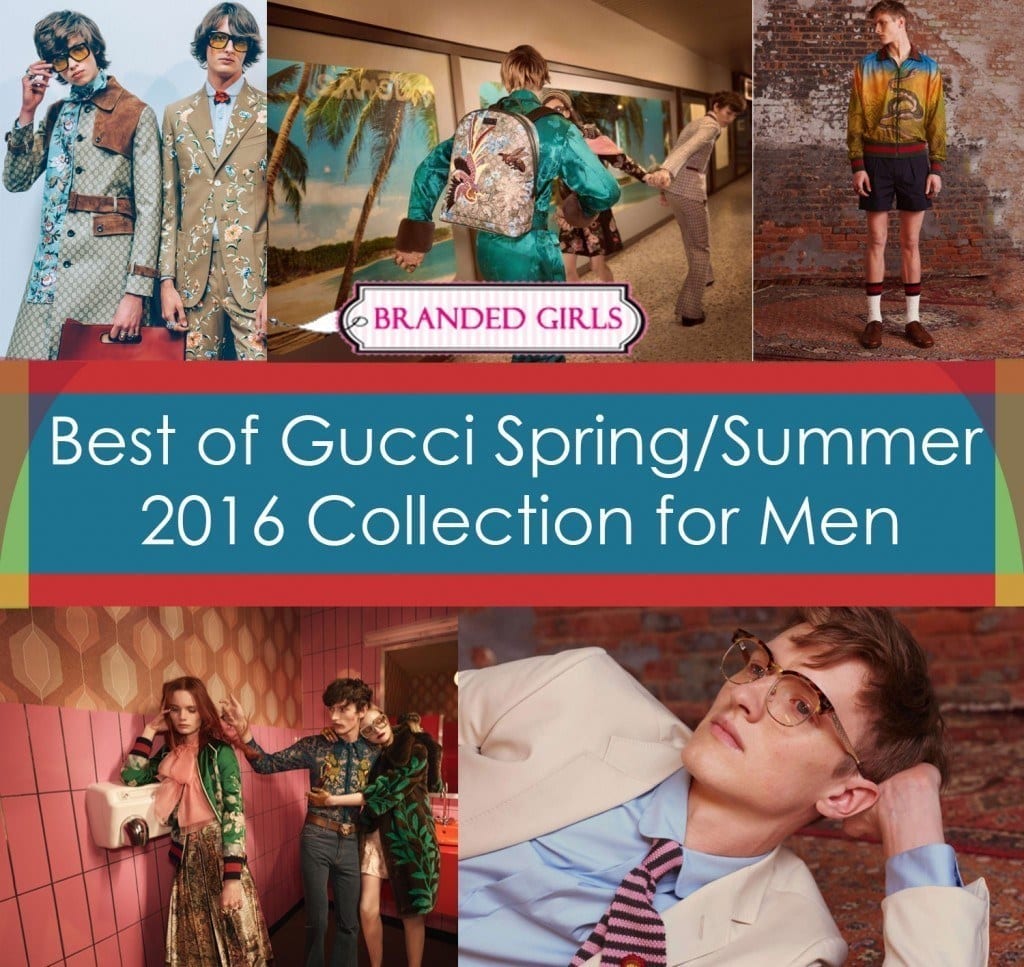 The Best part of Gucci Fashion was that it was all a bit of combination of all the colors, all types of hairdos and looks on a single model and that is what made it so interesting. If you missed out on the chance to go through the fantastic and exciting campaign, then have a look now in the commercial below!

Some Phenomenal Fashion Themes in The Campaign

These unique photo snaps were a main part of the campaign and shows glimpses of the costumes that the models wore in the campaign. By the look of these, it appears that a lot of unique fashion elements were used to make this campaign top-notch. Have a look.

This classic photo-shoot capture was featured in the Campaign as the main theme. Showing off the unusually unique costumes, spectacles is prominently artistic. 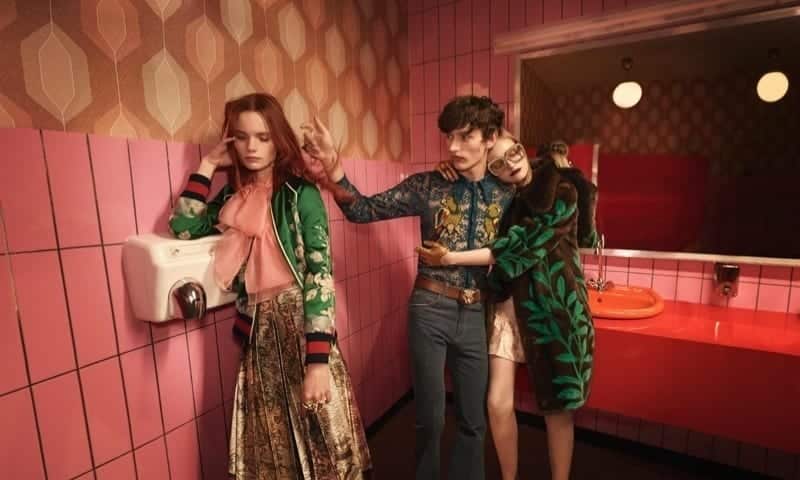 In the following image – floral prints separates and long coats are displayed and they were the coolest ideas about the campaign which made it recognizable and noteworthy.

In the following shot, Gucci’s ornate decorated backpack is the body of prominence and is also the front and center image for this timeless campaign. 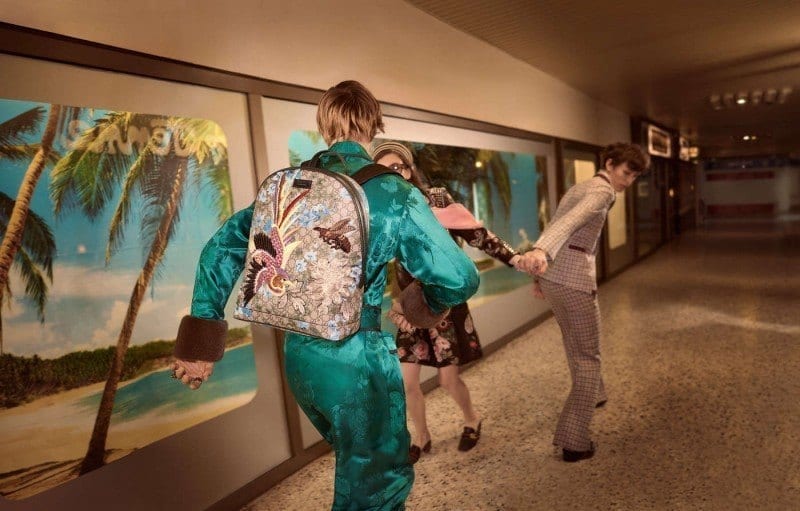 This blissful and exciting shot over the heights overlooks the wonderful city of Berlin, Germany. And this was also a prominent part of the official Gucci Summer Fashion Campaign commercial. 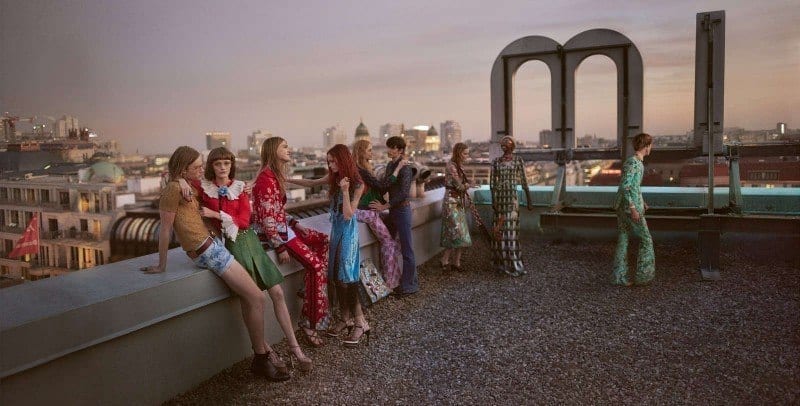 Typical Of Men’s Fashion in The Gucci Campaign 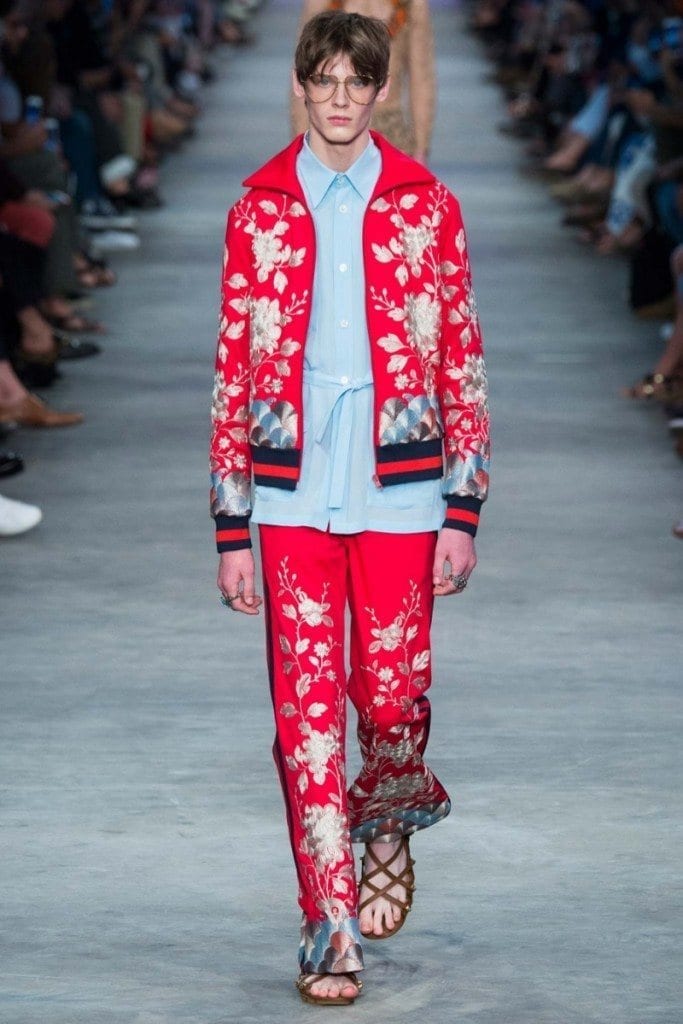 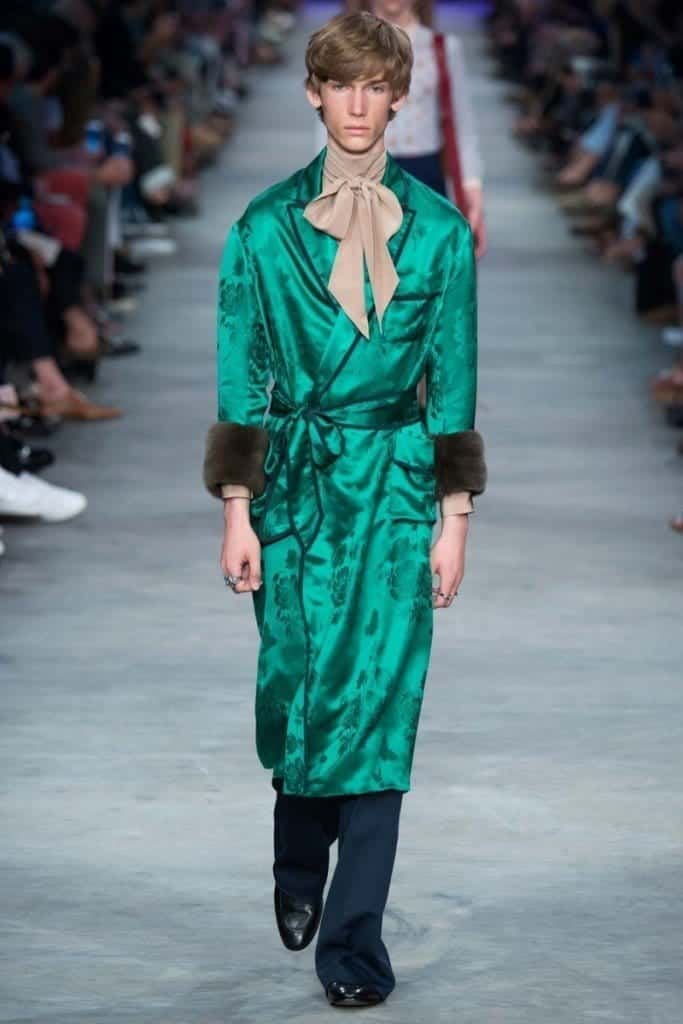 Silk Dressing Gown is the Androgynous Factor about The Campaign 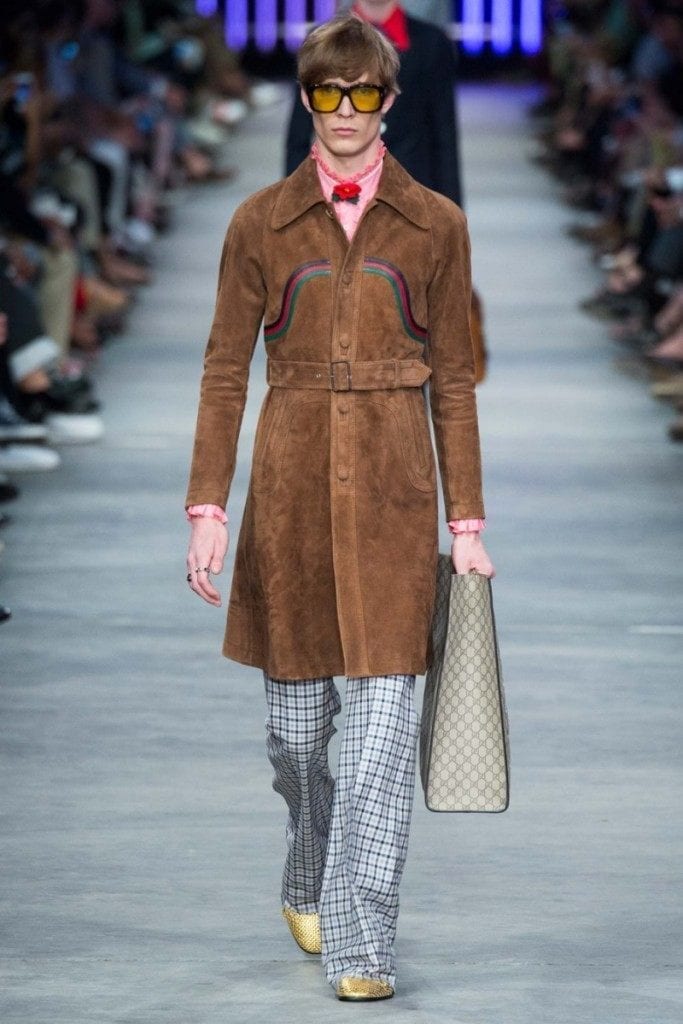 Iconic Red, Green and Black from Gucci lands on a Suede Coat 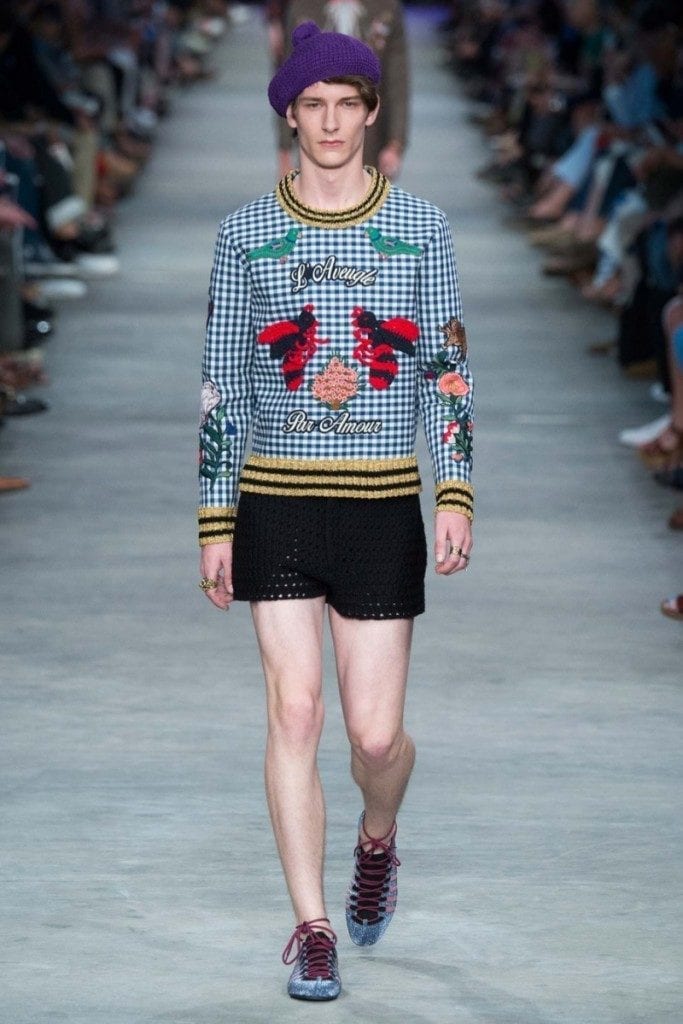 Humorous Graphics and Patterns in The Gucci Campaign

Capturing Aspects of The Gucci Cruise Menswear in The Campaign

These stunning elements of distinct fashion themes are immensely capturing and brings out all forms of human appearances; the sporty look, the scientist look and more. 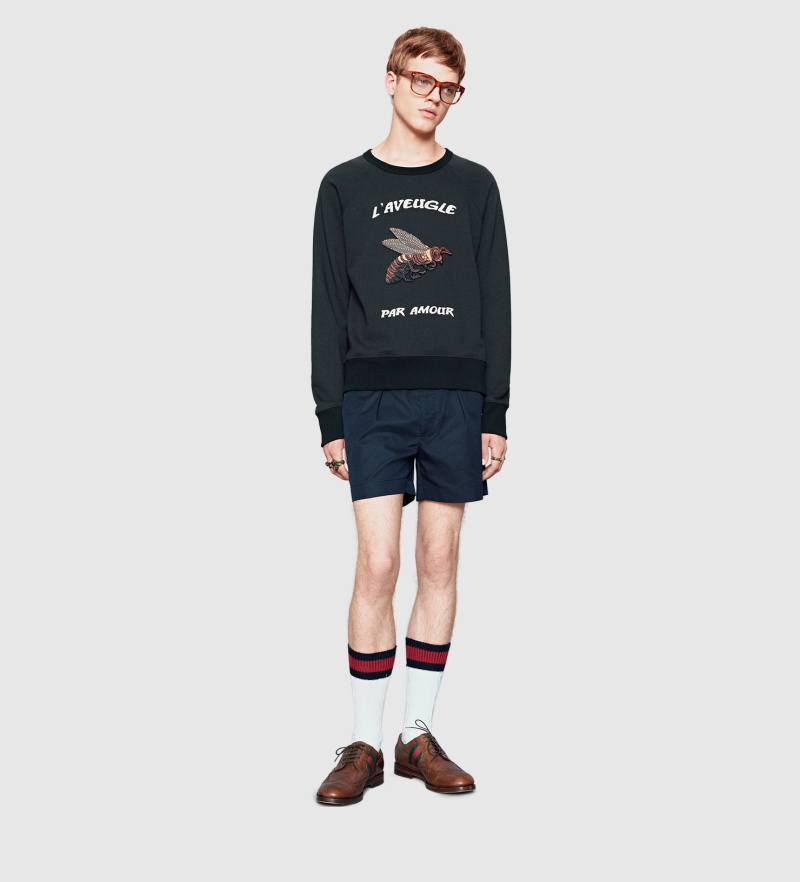 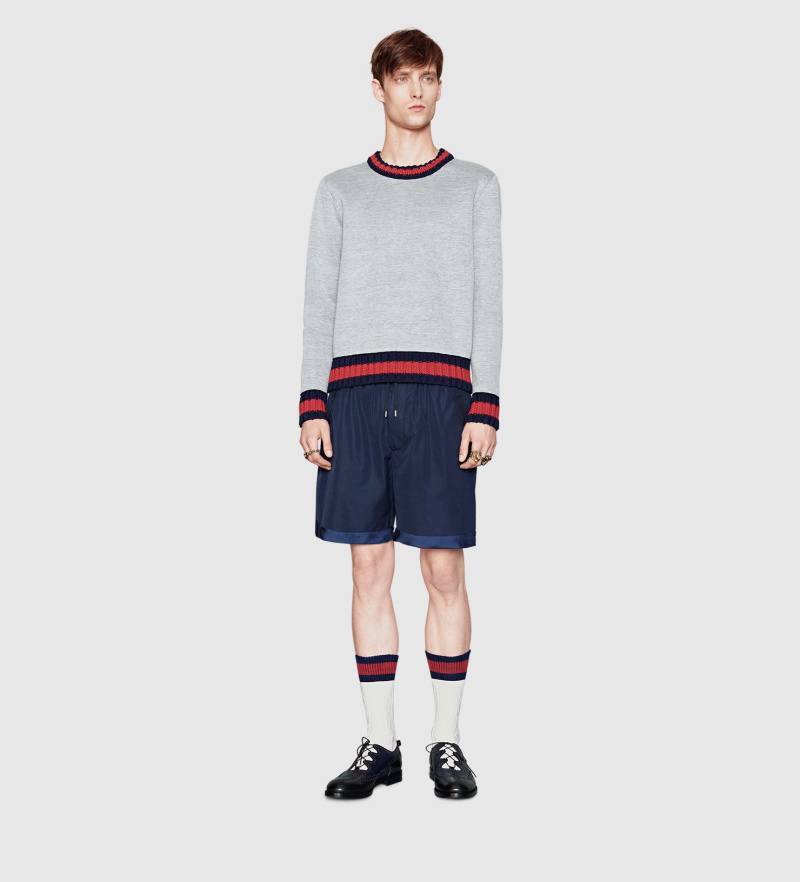 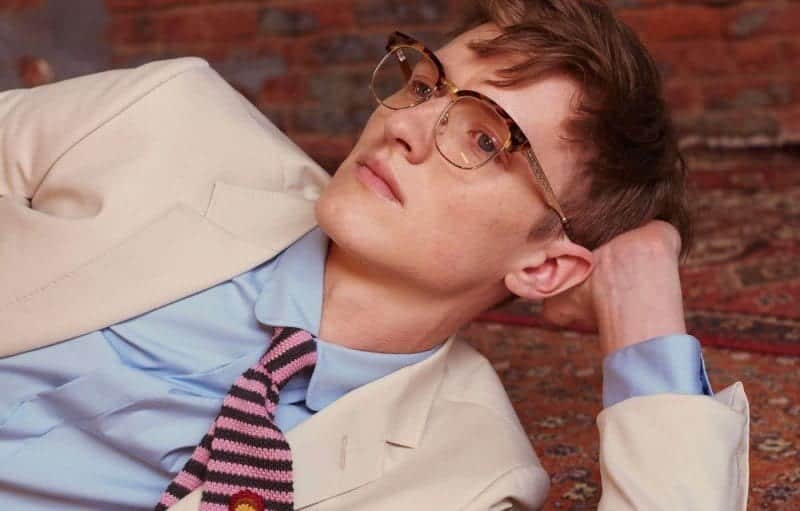 The Gucci Campaign Glamorized The Chicness in Geek Outlooks 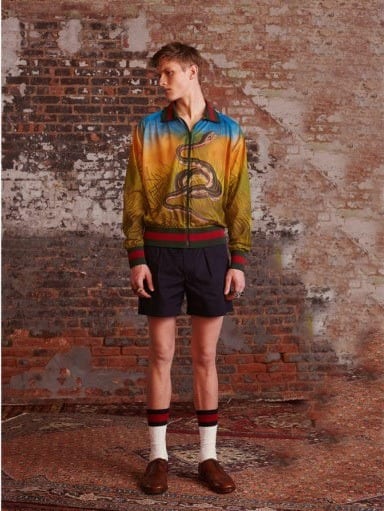 A Tinge of Classic Formal Style in the Gucci Campaign 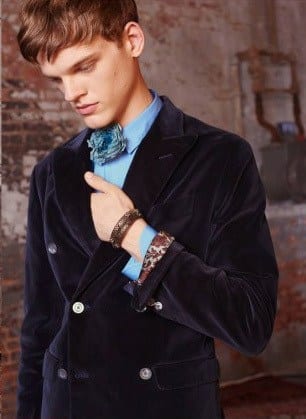 Formal Styling Comes into Prominence in the Gucci Summer Campaign 2016

Some Floral Printed Suits from The Gucci Campaign 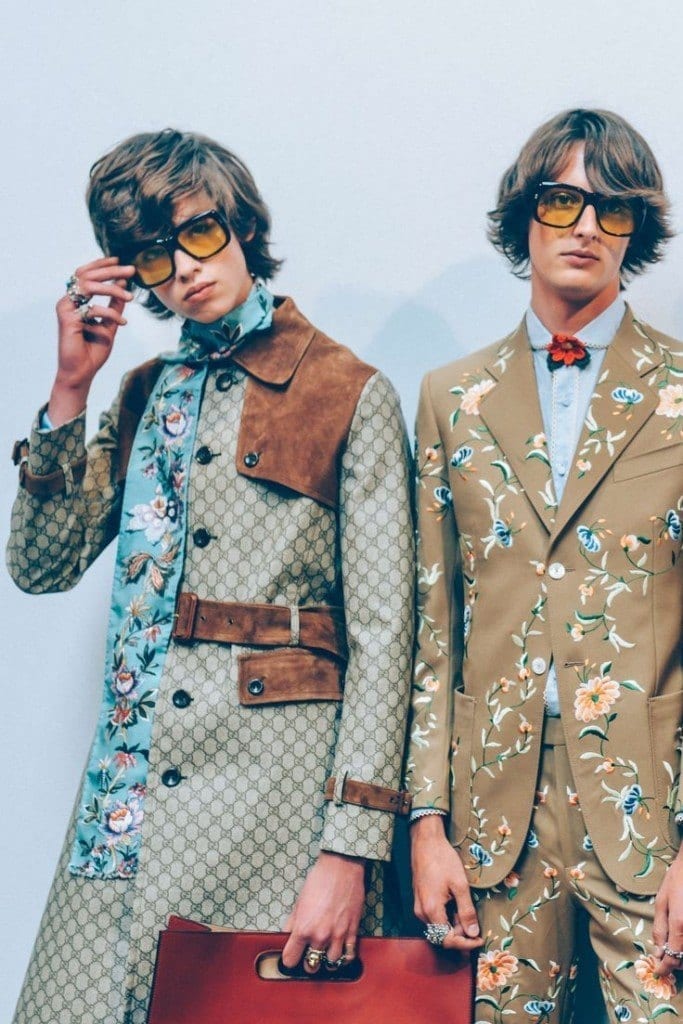 The Newest Trend of Floral Suits in The Gucci Campaign 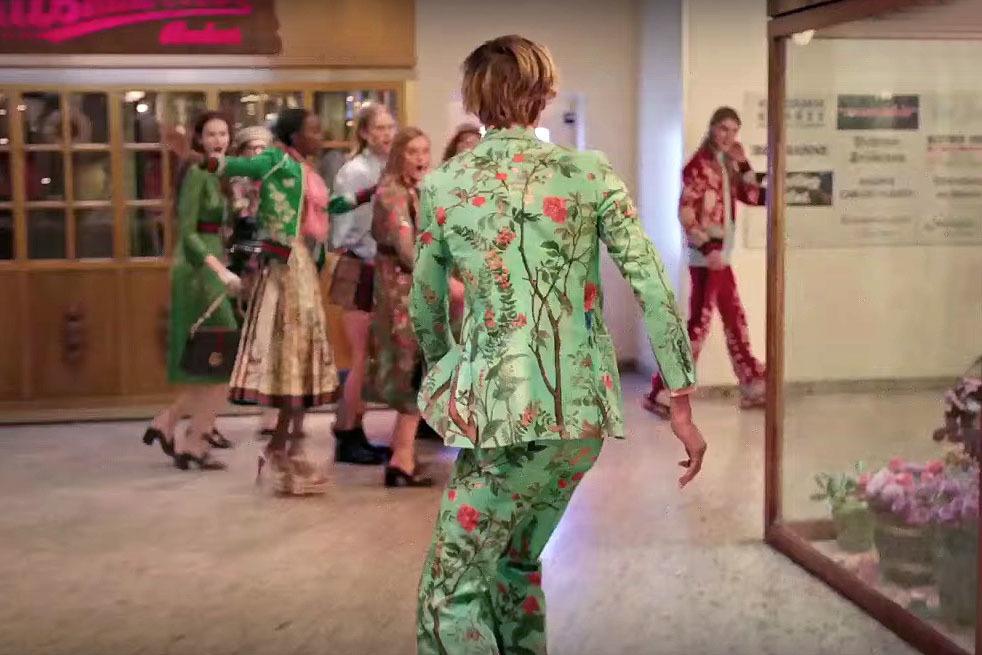 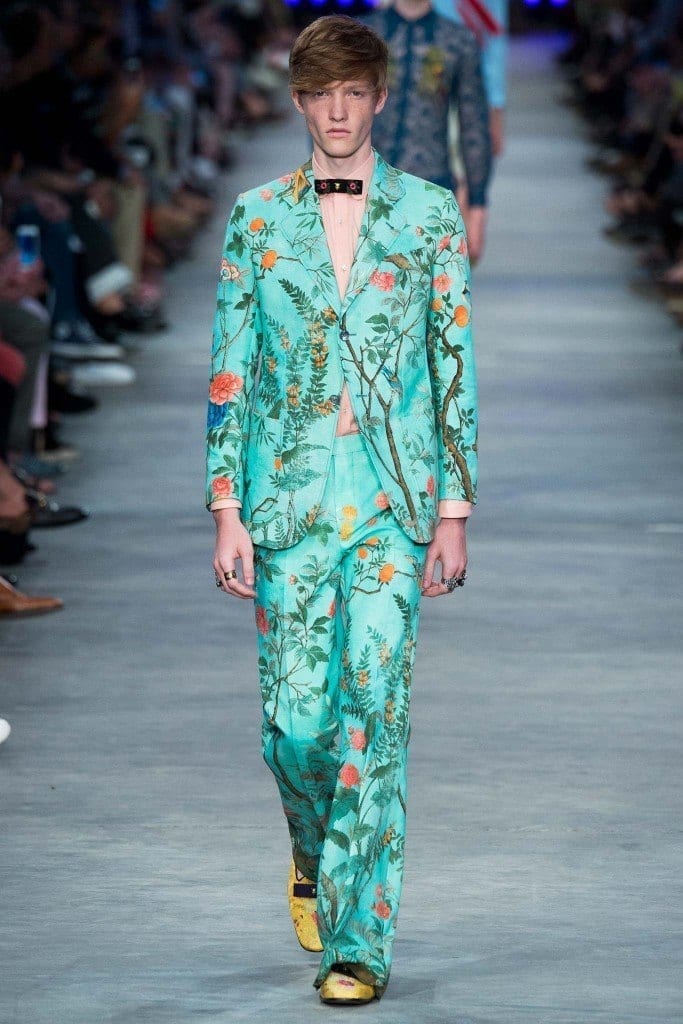 The Simplicity and Sophistication of Floral Printed Suits in the Campaign 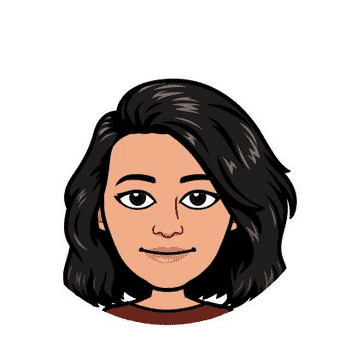